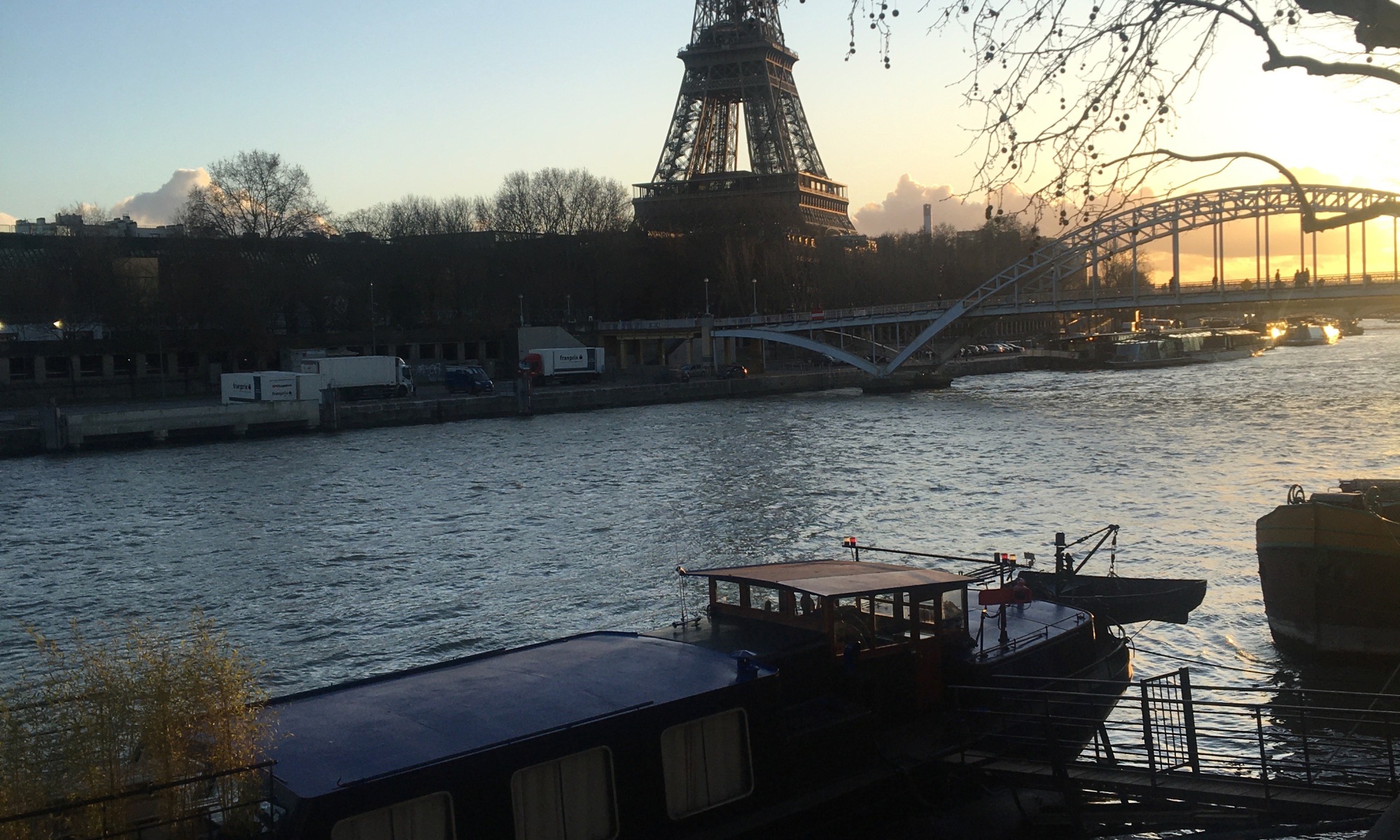 It seems like ages ago that my auntie and I celebrated her 50th birthday. But it was only three months ago that we were galavanting around Paris, France. Here are the deets!

Day 1 – Bonjour, Paris! After an eight hour redeye flight from Miami International Airport (MIA) into Roissy Charles de Gaulle (CDG), we thought we were going to be invincible and hit the Parisian streets as soon as we landed. Ha, the joke was on us. Thankfully, they allowed us to check in early and we crashed as soon as we got in the hotel room at Sofitel Paris La Defense. We eventually got up hours later and headed straight to the Eiffel Tower. I mean, why else do you travel over 4500 miles to Paris, France? We made it just in time to get an up close and personal view of the beautiful light show. As we were approaching, we were stopped by multiple, I mean tons, of street vendors with various goodies. Everything is negotiable. Once we made if past them, we were able to get tickets to go inside of the Eiffel Tower. The top floor was closed. However, we went to the first and second floors. We ate some macarons and took a few pictures from the amazing view.

After our self-guided/impromptu tour, we were back on the ground and lining one of the streets surrounding the Eiffel Tower were taxis and small carriages.

We opted for a nightly carriage ride with Isaac, who gave us a great overview tour of everything Paris has to offer. To be honest, we literally could have boarded a plane and headed back home afterwards. That’s how thorough and knowledgeable he was.

Day 2 – We were still on South Florida Time!!! No croissants for us. We completely missed breakfast. We headed out around 2pm after having Japanese food at a nearby strip mall. We intended to take a taxi all the way to the Musee du Louvre. However, I needed to use the restroom really badly and our taxi ride had to come to an immediate halt. Well, unlike home, there was a bank with a bathroom near the entrance that pleasantly allowed this madwoman to use the restroom. We then had to figure out how to get to the Louvre. I was a little hesitant of taking public transportation. We were in a foreign city and we kept hearing of the transit protests that were occurring. So, I was a bit skeptical. Well, we were literally one street away from the Seine River and super close to the Eiffel Tower. So, of course, I had to FaceTime my class so that they could see the Eiffel Tower. I also facetimed my daughter while she was in class so that she could see it. I know, bad teacher mom. We then ubered to the Louvre because I could not wait to see all of the treasures that it holds. Unfortunately, the workers were on strike right in front of the entrance. Access denied. We ended up having dinner at Le Cafe Marly, which overlooks the Louvre. The view of the Louvre from the restaurant is amazing as it is located in the main courtyard. However, the food was okay. Before leaving, we were able to catch a glimpse of the Eiffel Tower illuminating the skies.

Day 3 – Champs-Elysees!!! I was pretty bummed out about the situation at the Louvre, but vowed to not let that ruin our trip. So, on this day we planned to head to one of the world’s most famous streets. We decided to be adventurous and brave on this day and purchased train tickets to go into the city. We were finally fully alert and realized that we could see the Eiffel Tower and the Arc Di Triumph from our hotel. Yeah, so lame. Every single time the train enters or leaves from a station, they announce that you should be aware of pickpockets. Ok, so we literally walked the entire street. It’s their Main Street. We shopped and shopped, ate pizza, and shopped some more. Law enforcement is pretty heavy on the streets. They walked up and down the strip in full gear holding their guns. It was pretty nerve wrecking for this American girl. However, I felt safe. While resting on a bench and people watching, a group of high school students from a local school, surveyed us for a school project. Eventually, we headed back to our hotel later that evening.

Day 4 – Musee Du Louvre – I just couldn’t imagine that God would allow me to be in Paris, France and I couldn’t go inside of the Louvre. So, we got up and headed straight there. While on the train, we were serenaded with “When the Saints Go Marching In”, which really lifted my spirit. Finally, we made it to the Musee Du Louvre and there were no protests. It was open and awaiting our arrival. We were so excited that we gave it an attempt as this was our last full day in Paris.

The lines were super short and it didn’t take long getting inside. Once inside, we were in awe of the masterpieces it held. From the Mona Lisa to the Venus de Milo to the Egyptian exhibition, we literally traveled back in history and soaked up all of the cultures this one place held. You can spend days or weeks inside of the museum. It is too big and holds way too much to be seen in only a day’s visit.

Day 5: Au revoir, Paris – Our bodies had finally adjusted to the time difference. Nonetheless, it was time to head back to sunny South Florida. I had fallen in love with France and wanted to stay longer. We finally had our croissants for breakfast. Yes, they were everything I dreamed of. I was already planning my return trip before we even made it to the airport. Of course, with Covid-19 being ever present in the world, those plans have been postponed. I absolutely enjoyed every moment in Paris with my aunt.

January is very cold – yes, it’s still Winter. It wasn’t unbearable. You definitely want to layer up and have a nice winter coat/jacket.

Wear a belt bag or Fannie pack – there are pickpockets everywhere. If you forget, the Parisian government will continue to remind you. Wear a Fannie pack/belt bag or something very close to your body to hold your money and/or valuables. The pickpockets are very crafty. Stay alert.

Space is limited – VERY LIMITED. You are pretty much sitting with others while dining. This occurs in any restaurant. No matter, it’s rating. The subway/train is pretty packed…packed like sardines.

La Defense – We stayed in the La Defense area. There was a train station in the immediate vicinity. Maybe 50 feet away from our hotel. It is the most economical way to get around France. Uber and/or taxis were pretty costly. Our hotel was great. There was a Simon mall nearby, a Starbucks downstairs and tons of eateries. The area gave me dystopian vibes…which is perfectly fine with me.